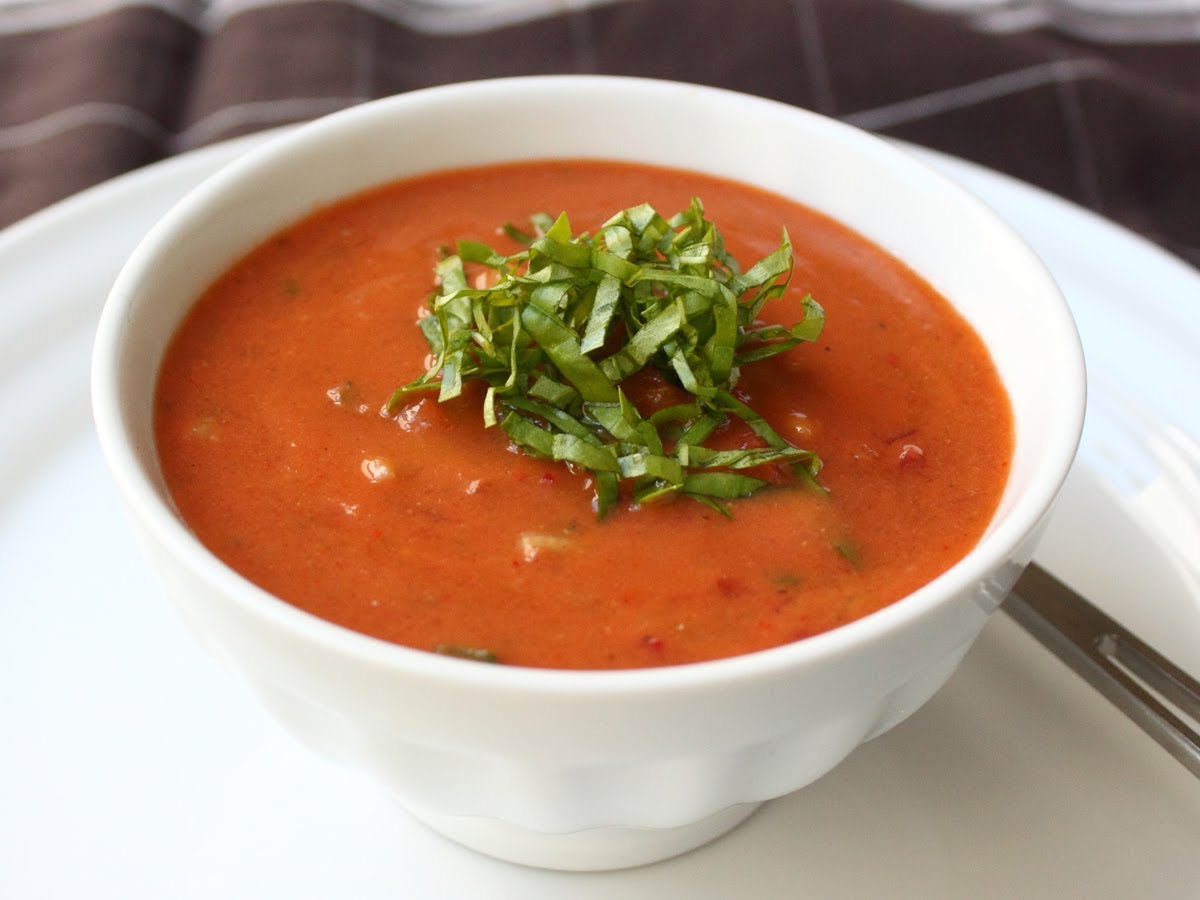 Garnishes (choose four or five or none)

The secret of gazpacho is found in not allowing any of the ingredients to stand out over the others. It should be a completely harmonic result of an orchestra of flavors. And above all the tomatoes must be of the sweetest, vine-ripened, height-of-the-season type. The two best gazpacho I've ever had, and the ones I have synthesized to create this recipe, are based on those I had at a country fair held at the Guillen family estate, the Hacienda Guzman, in rural Andalusia, about an hour drive from Seville and the other from the El Tablon restaurant, Cardenal Gonzalez, 75, in Córdoba. In both cases, the gazpacho was nearly a creamy pink and orange soup, very smooth and full of fresh vegetable flavor that was bursting with sweetness. The list of garnishes below is not meant to be used in its entirety; choose four or five and have them at room temperature. In a mortar, pound the garlic and salt until mushy. Transfer to a food processor and pulse until mushy. Soak the bread in the juice from the tomatoes and a little water, then squeeze out as if you were making a snowball. Add the bread to the processor and pulse a couple of times until well blended. Add the tomatoes and process for 5 seconds, then pour in the olive oil while running the food processor continuously. Add the cucumber and process some more. Drizzle in the vinegar and add the egg yolk while continuing to process. Season with salt, pepper, and cumin, if desired. Tranfer to a bowl and add the ice cubes. Leave in the refrigerator for several hours before serving, stirring occasionally and serve when the ice cubes have melted with a selection of garnishes.